LaTeX offers features to generate a table of contents, changing its title, list of figures and tables, captions. They can be modified to fit a specific style. This article explains how?

It can be done using a few simple commands. Chapters, sections and subsections are included in the table of contents. For adding entries manually, for example, if you want to add an unnumbered section, the command \addcontentsline is used.

We have used the section and subsection for the portraying the topic and subtopic. For it to work properly, the user must compile the code twice or more. 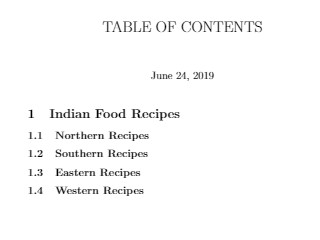 First, we give the initial title using \title{initial title} command and then it can be altered using the command \renewcommand*\contentsname{new command} and hence changing the default value. If you are using international languages and for its support, you use the package babel, then the command for changing the previous title to the new title shall be written in the braces of the command: \addto\captionsenglish{ }. 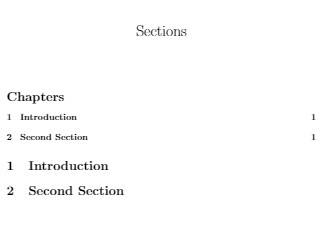 Generating the list of figures or tables is done in the same way. The commands \listoffigures and \listoftables help a lot while generating a list of figures and list of tables respectively. After compiling the code below, the output that we get is given just beside it. 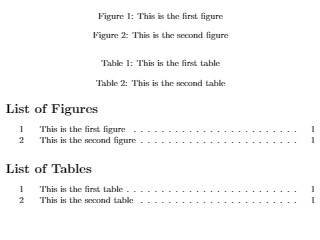 Side captions are the captions used in the code so that the caption of the figure or table on the float, rather than above or below. The package sidecap is used to position the caption beside a figure or a table.

Unnumbered captions are used when the figure captions do not have to start necessarily with Figure. This case occurs usually in presentations. We can suppress the caption by placing the caption text in figure environment, without enclosing it in a caption. This would mean that there is no caption included in a list of the figure.

Code to innovate, not to document!
Reach us at: